Can Damp and Black Mould Cause Health Problems

Are you concerned about black mould health problems affecting your family? This page will help to give you a better understanding of mould health problems which you can suffer from as a result of damp and mould being present in your property. This page will allow you to understand the causes of damp and black mould becoming prevalent in your property and the people who are most at risk from serious health difficulties from prolonged exposure. If you are looking for advice regarding how to overcome a damp and mould issue, you are also in the right place. This page will provide you with various techniques which can be utilised to reduce the damp issues in your property. Once you have read this page, if you are still convinced you are suffering from damp or mould it is crucial you gain an accurate diagnosis of the cause of the problem. Richardson & Starling damp specialists can survey the affected area and determine the cause of your damp problem.

Damp and Black Mould Effects on Your Health

Excessive Damp in your property can result in a poor living environment and can allow the development of black mould growth.

Penetrating damp gaining access to your property or high levels of airborne moisture can be the cause of damp affecting your property fabric. Within the United Kingdom, one of the most common causes of damp is condensation. Basic activities such as showering or cooking can cause condensation in your home. If rooms do not have sufficient ventilation and airflow damp can easily build up in these rooms.

Where condensation damp is present, it is likely mould will not be too far away. Many property owners will ignore the early signs of mould as they will simply dismiss it until it badly affects their property. Mould tends to appear as a cluster of small black spots. Mould and damp can also be identified by its musty and typically unpleasant smell.

In properties which are suffering from damp, it is very common for mould to present itself. Of the moulds which can become prevalent in your property, there are several which are capable of producing spores. These spores can result in an allergic reaction for some people.

Although you may not be allergic to mould, exposure to mould can affect your quality of life. Mould can cause irritation as a result of the spores being released into the air.

If you are suffering from mould or damp in your property it is crucial that you identify what has caused the excess moisture in your property. Once you have identified the cause of the damp, you can begin to make the necessary repairs to your property. However, as some damp problems are created by the people living in the property then steps can be taken to reduce the moisture being generated into the air. This can be through lifestyle changes or adapting to solve the current damp problems you are suffering from.

Who Can Be Affected by Black Mould in Houses?

Anybody can encounter health difficulties due to living in a property which is affected by damp or mould. However, some people may be more susceptible than others. Such as people with respiratory issues, such as asthma.

What Are Black Moulds And What Causes Them?

Mould is a type of fungus, which is normally present in the soil but is commonly found in buildings which are suffering from condensation damp issues. The fungi thrive in environments which have high levels of moisture and poor ventilation. These tend to be within kitchens and bathrooms due to the potential increased condensation in these rooms. Other rooms can also be susceptible if affected by high moisture content in the air and condensation occurring on cold surfaces. Mould is typically spotted on window sills, window frames, and if your condensation issue has progressed it can affect the surface of walls and ceilings. If heating and ventilation are not adequate then this can cause the mould to extend and affect other areas which are damp due to condensation.

However, although conditions within properties may be ideal for mould to develop and grow the important factor which can limit the growth of mould is to reduce excessive moisture in the air in your property. Mould in properties comes from persistent internal condensation damp conditions.

How to Reduce and Prevent Condensation Mould?

There are some relatively easy steps which can help protect your property from mould and condensation damp. These include:

It is important to take steps to reduce the level of moisture in the air of your property that can condense on various surfaces causing mould to grow.

What To Do Next?

If you have read through this page and are still concerned that you are suffering from a damp or black mould problem it is crucial that you identify the cause as soon as possible. The best way to do this is by asking a professional to accurately diagnose the cause of your damp problem. Richardson & Starling’s damp professionals are able to inspect the affected area and inform you of the cause of the damp. We will then provide you with the most appropriate solution to deal with your damp problem. Our specialists will strive to provide you with the most cost efficient and timely solution to fix the damp issue.

Not sure what is causing damp in your home? Contact your local branch for advice or a property survey to regain your peace of mind. 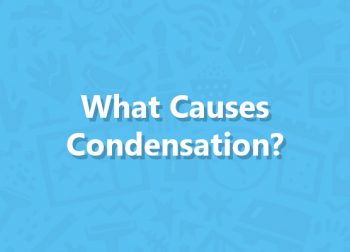 Tired of reading? Listen to this article! Condensation is caused my high moisture content in the air condensing on cold surfaces. Modern living... 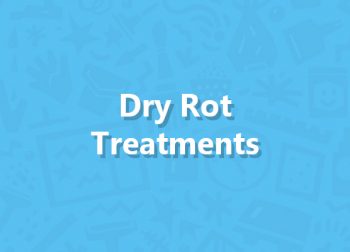 Dry rot is widely regarded as the worst type of rot issue which can be faced by property owners. This page will assist your understanding of what... 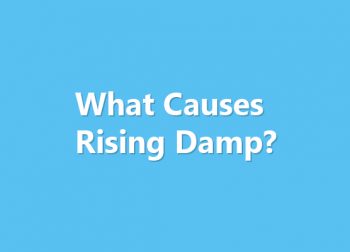 Tired of reading? Listen to this article! One of the most common types of damp problems which is faced by property owners is rising damp. If you...